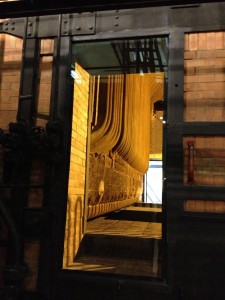 Alex’s first and only job in the service was tracking Jake. Seeing if Jake was in touch with his contact, if his shopping habits varied in any dramatic way, if his front as a window repair guy showed any sudden cracks or flaws. All that carried significant weight, as each departure from the norm meant something. Jake laid low. So did Alex. He tucked into his front as the town’s pharmacist. And so Alex knew when Jake’s young son Hector was stricken with strep or worse, lice. The two families grew in pace. Lilly was born months after Hector. There was therefore the awkward sharing of back to school night and holiday concerts. When standing under one roof, both men squirmed, though neither acknowledged to the other the fact of their professional “service work”.  Certainly not in idle small talk that grew more inevitable as the years passed. After all, they had similar dispositions. For instance, they were observers. Truth be told, by high school they secretly enjoyed each other’s company. Comments flew back and forth with ease, each one more biting but so accurate. They shared the pleasure of  labeling others with precision and bit of wit. During the kid’s college years, their relationship cooled though interest in Jake’s movements peaked during the late ‘90’s in response to shifting geo-political alignments. One night, Lilly, face flushed, came to Alex and his wife to tell them the news of her engagement…to Hector of all people. You can imagine what happened next.