What comes after sixty-eight?

What do you mean you don’t care?

Can’t remember the last time I heard ‘em. Is it possible they skipped a year?

The mechanical harmony of the peepers fills the silence.

But the doctor said —

Sssh. Listen. Listen to the peepers. 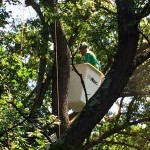