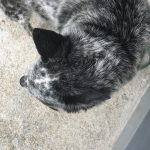 News of Dr. Anastasius’ pending retirement was greeted with alarm by his long-standing customers. Would he sell his business to a young upstart fresh out of veterinary school, to a heartless franchise populating the local malls or to someone like himself, someone who had a way with animals? You could sense Dr. Anastasius’ special gift in the waiting room, where an unusual calm prevailed, even among the aged dogs, house-bound cats and caged birds awaiting their turn. The local paper ran a tribute to him. The Mayor honored him with a framed plaque. When the doors finally opened on the new veterinarian’s office, Dr. Anastasius’ loyal crop of customers withheld judgement, despite the evident lack of good vibes or thoughtful service. That is, until the new Vet labeled a frightened rescue cat “bad”. That’s when all hell broke loose. 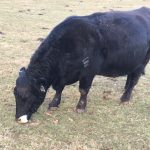 Throughout this brutal winter, Eli went diligently first thing in the morning to shovel out his car. It was generally understood on his friendly little block that this spot in front of his townhouse was his. Good manners prevailed through the end of January, right before the last Nor’easter, when suddenly, without warning, the rules changed. Just like every other snow day, Eli was out first thing shoveling. He shoveled as the snow accumulated and the plow trucks undid his hard work. He shoveled and salted so that when he came home that evening he could park, pour himself a stiff drink and call it a day. But when he arrived home that night, another car, a candy-colored Kia to be specific, was backing into his spot. Eli pulled up behind the offending car, jumped out and slapped the other car’s trunk. The other driver, twice Eli’s size, emerged from his car ready to rumble. He wasn’t exactly swinging a golf club; in fact he wasn’t swinging anything other than his square jaw, which seemed to glide back and forth in rhythm with Eli’s pounding heart. Visions of being beat up in Middle School flooded Eli’s imagination as he stood there poised, ready for battle. Having just renewed his health insurance policy, Eli felt bold, furious, and reckless. Crazy like a fox.

With a girlfriend comes a lot of things I don’t want including commitment. And money. I’d have to make more money. I’d have to quit this job. Even though I kinda like what I’m doing, it doesn’t have much of a future. I admit I don’t have a “game plan”, no real way to pay off my college loans. I’m not exactly what you’d call a catch, so I probably don’t have to sweat it. It’s not like girls are busting down my door, hungry to get a piece of me. I like to keep things simple. Real simple, as in paycheck to paycheck. So if something, even the slightest thing goes awry, like losing a glove, I’m screwed. And yeah, I did lose a glove yesterday, meaning, I won’t be going out at night until spring cuz another thing I can’t afford is frostbite. 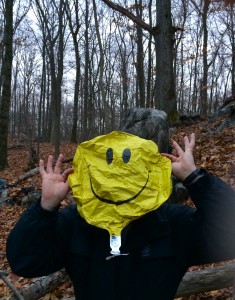 ou don’t have to wander far to hear a great story. Take the one about the “Mad Farmer” who bought land in Piedmont, Italy, when he was 24 years old. That action alone created quite a stir. The Mad Farmer was a loner who liked to do things his way. For instance, he planted in sync with the moon’s cycle. Needless to say, he never married. But twenty years later, he produced the most magnificent wine that became famous in the region. It went by a name that sounded like a Renaissance painter or a member of the Mighty Morphin’ Power Rangers.

or the past three months, Pogo has been dragging his back right paw. Neither the Vet, nor his loving and attentive family could explain, let alone, fix the problem. But, at the sudden entrance of Miss Lotty, Pogo leapt in the air as if he were reunited with a long lost friend, his best buddy in the world. Pogo sat at Miss Lotty’s feet in way that made the family envious. Pogo, a rescue dog, was adopted by the family when he was maybe two or three. No one had the courage to ask Miss Lotty, a respected and important woman in the town, if she was the one who put Pogo up for adoption. They simply watched in stunned silence as Miss Lotty patted Pogo not on his rump, a favorite spot, but rather behind his left ear which flopped limp with pleasure. Finally the Mother, recalling her manners, offered Miss Lotty a cup of tea and slice of home made pie. 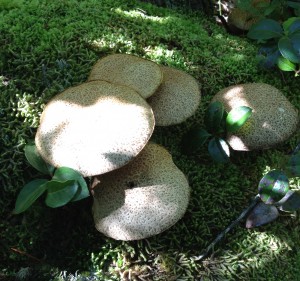 Fads come and go. They bubble up, sweep everyone away in their Power of Now and then gather dust in a pile destined for the next yard sale. Maybe you remember isolation tanks? Did you ever take a float? Well, I did. Actually, I did it a lot. To be perfectly frank I’m still taking weekly floats. I find it helps me unwind, like two martinis without the hangover. Last week, whilst floating I had a clear memory, an image of the world from the moist, loamy perspective of a mushroom. I could feel the cool spring air. The struggle to push up through the dank layer of dead leaves into another medium. As the salty warm water washed over my thighs, I clung tight, savoring my progression from slug and earthworm to a choice edible. 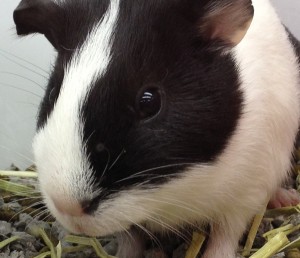 My Dad had a deep, gravely voice and so when he used to tell me that I was destined for greatness I believed him. Actually, he was even more specific. He said that the fate of the world could very well rest on my able shoulders. Now, that’s not an easy thing to live up to, especially given my size and the fact that I am slave to my instincts. But, to be fair, aren’t we all? The cold compost heap that I had consigned my family to throughout the long and insufferable winter dampened our spirits and our disposition. When spring finally broke, I was determined to find us a more snug habitation for the coming winter. That’s a hard thought to hang onto all summer long, but I did. I found us a place where a nest of hard material, a bit like my favorite, fallen branches, held in the heat. It seemed like paradise. No family members went missing. Food was plentiful. One of my more clever offspring discovered first the garbage, then the cafeteria. Bonanza! The problem is we need to chew. We must. Otherwise our teeth grow into our brains and we die. Having nothing else to chew on we started gnawing on what I thought were twigs but had energy running through them. And so we chewed. And chewed. The last thing I remember was a brief flash of sunshine and then darkness.