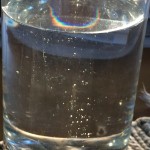 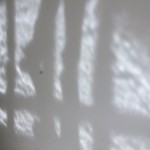 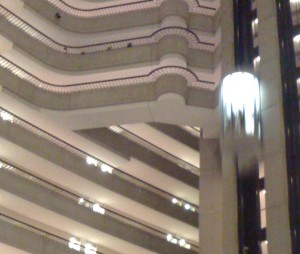 The building that houses the doctor’s office sits over the busy commuter train station. Every time a train pulls in or out, every time a train roars past, the floor shakes. Not just for a few seconds. Patients giving blood, hearing bad news, the enfeebled, the elderly are continually confused, wondering – is it me or the floor that’s shaking? A young couple, recent transplants from California, felt the 4:32 express barreling past and rushed to the door jambs while gripping the walls. That was a good one. The nurse and two receptionist continually mine the patients’ reactions for new sources of endless amusement. One of the receptionists was offered a new position at a law office up the street and away from the train station. She lasted all of two weeks at her new job. Missing the floor show, she begged the doctor to take her back, claiming that since leaving she has gained five pounds from sheer boredom. 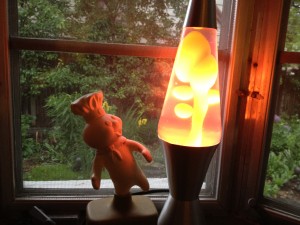 The fire is raging out of control. Hot flames lick the parched bristlecone pines and majestic blue spruces up the hill as Lanie races into her split-level home that she’s owned now for a grand total of three weeks. She rips through the moving boxes constituting a landmine in the sunken living room. She can hear her two wolf hounds howling in the back seat of her truck parked in the driveway as she continues her search for that special something that is so critical and vital to her that she’s willing to put her own life as well as those of her dogs in jeopardy. Five boxes to go and she’s still coming up empty-handed. Her gaze is singularly focused on the content of the last remaining boxes. There, cocooned in bubble wrap, is her heart shaped silver jewelry case. In its shiny reflection she sees a dance of orange light. The front door is now engulfed in flames. The dogs have grown quiet. The air is thick with smoke. Dimly, she registers that her jewelry case is burning the tender palm of her hand. Realizing, maybe too late, that it’s not about the pearls from her Mom or the jade earrings given to her by her ex in the first flush of love, she let’s go and runs 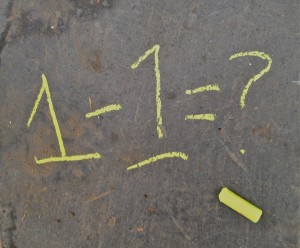 May and June (their names have been changed to protect the innocent) walk into the Math test armed with opposing attitudes. Though both, roughly speaking, have mastered the material equally, which is to say, they’re not overly or poorly prepared; May is convinced she’ll ace the test, while June pictures the worst. May is wearing a bright red frilly blouse, however, for the purposes of this story, what she is wearing is irrelevant. What we want to know is how does May and June’s attitude affect their performance on the test. I’m sorry to report that in the middle of the test there’s a fire drill and Mr. X., known for his disregard for tests, gives everyone a B and moves on to the next subject, poetry, his favorite.

Eric’s fear of dentists is so acute that he’s been chewing his food strictly on the right side of his mouth for the past year rather than get to the root of the problem. But when the pain in the left side of his mouth becomes unbearable and he’s unable to choke down another milkshake due to his raging lactose intolerance, Eric sees no other option but to visit the “Gentle Dentist” in town. Comfortably sedated, listening to Joshua Bell, Eric floats along in a twilight sleep as the Dentist gets to work on his upper first and second molars. Time passes. Eric looks around, sees that he is now descending deeper and deeper into a dark, fiery, hot tunnel. His wife, the love of his life, waves hello. She’s dressed in a white gauzy number. Like Isadora Duncan he thinks and half expects her to dance and lead the way forward. Instead, the lush violin pulls him along. Slipping and grasping at the wet veins of coal and shiny gold, Eric knows that he will turn to glance back at his wife and in that moment he will lose her. He emerges into the daylight, feeling a profound sense of loss as his tongue probes the new empty spaces in his mouth. 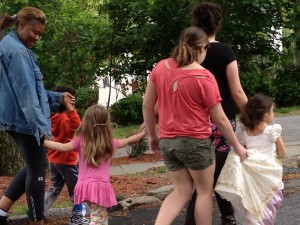 If Marie’s date had been more charming, funny, maybe less self-centered, she might have been tempted to order a second martini and linger. Instead she invented a home life that included a parakeet and a clever cat and begged off. If she had been in a rush to return to her empty apartment, Marie probably wouldn’t have noticed the slip of smoke wafting from her strange neighbor’s door. She knocked on his door until her knuckles turned red and then dialed 911. Once the fire was extinguished, Marie, the hero(ine) of the evening, was allowed inside. On the stove top, inside a stainless steel pot, Marie found the charred remains of what looked like cassoulet. Parked suspiciously beside it was the hefty Sunday Times.  Marie had to wonder why a cook with the chops to cook something as sophisticated as cassoulet would chose a flimsy pot guaranteed to burn and then “accidentally” leave dry kindling beside it. 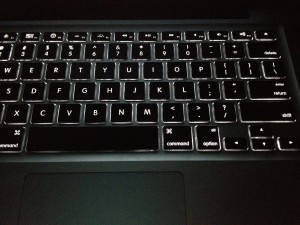 I went down to the crossroads, computer in hand. Midnight was approaching and I was ready to make a deal with the Devil. I wanted to write a cogent script. One without narrative holes or flabby motivations. Sculpt it around a story that you could watch with a full bladder and forget that you needed to pee because it was that good. The moon was rising. Conditions were ripe. A chorus of cicadas serenaded me as I waited. And then suddenly hush. Not a sound. A tall man with a high brimmed hat, the sort that Abe Lincoln favored appeared then. Held out his outstretched palm. I offered him my computer. He touched it with both hands. Gave it back and was gone. The cicadas returned. The next morning, before showering or even brushing my teeth, I hit the power button. Nothing happened. Instead, I smelled a faint odor of burnt toast. Luckily I was backed up. 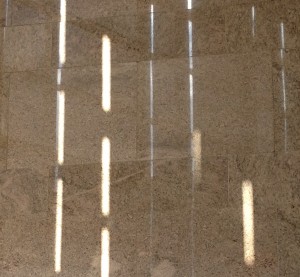 I read this morning that a fire ravaged the old Brown Hotel up in the Catskills. I can’t recall ever spending Passover or late summer there with my family. In fact I’m pretty sure we stayed at a lesser hotel down the road and would trudge over to the Brown, walk the lobby and check out the evening entertainment. Maybe it was on the parquet floor at the Brown’s hotel where I danced with my father. Wearing new patent leather shoes that pinched and new stockings that felt so strange, I’d be whisked across the floor while a band played a smooth fox trot. We were a team then. My right hand cupped in his, the left side of my rib cage alert to the slightest shift in pressure, saying I’m taking you here now. Here comes a dip. And now, a fancy shuffle move to impress your Mom.